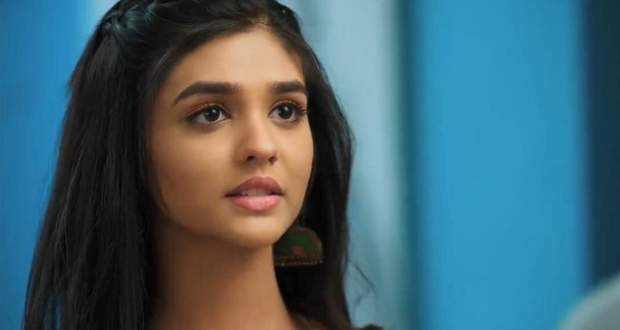 Today's Yeh Rishta Kya Kehlata Hai (YRKKH) 7 December 2021 episode starts with the Birlas returning home and informing the other family members about the clearance of the case.
Manjari sighs in relief and thanks Arohi for convincing Akshara to come and help them.
The Birlas relax together when an argument sparks between Parth and Shefali.
Mahima scolds them for arguing with each other and tells them to balance work and family equally.
Meanwhile, in Goenka’s residence, Manish asks Akshara why she had gone there lying to him.
Akshara replies that what she did wasn’t wrong. She stood for the right just like her parents would have done.
Kairav defends Akshara telling them that it was Kairav who took her to the Birla hospital and Manish should scold him too to which Manish tells he isn’t angry and hugs Akshara forgiving her.
Akshara tells him that she is moving on and had gone to the birthday party so that Abhimanyu can move on in his life.
On the other hand, Arohi calls Abhimanyu regarding a patient, and he thanks her for talking to Akshara and convincing her.
Manjari comes and tells Abhimanyu to try to move on from Akshara and to argue less with his father.
On the other side, Kairav asks Akshara to think properly about her feeling for Abhimanyu as he knows both Abhimanyu and Akshara love each other.
Later in Birla’s residence, Harshvardhan tells Anand that the idea of the health camp for free treatment is perfect to clean the reputation of the hospital.
Harsh tells some people to spread the news of Abhimanyu’s marriage but Abhimanyu hears everything.
However, Abhimanyu argues with Harshvardhan and tells him that he can never be a good father or a good husband.
He further claims that he knows that thing that Harshvardhan has hidden from him since childhood.
A noise interrupts them and they see Manjari lying unconscious on the floor.

© Copyright tellybest.com, 2020, 2021. All Rights Reserved. Unauthorized use and/or duplication of any material from tellybest.com without written permission is strictly prohibited.
Cached Saved on: Wednesday 19th of January 2022 12:38:33 PM