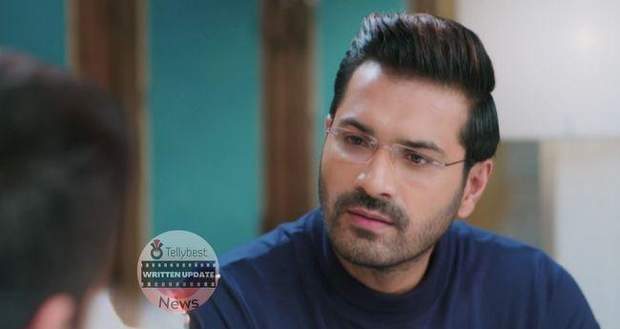 However, Akshara tells them that it is fenugreek seed water.

Akshara taunts Dr Kunal telling him that her hand is fine.

Meanwhile, Abhimanyu has to stop in the middle of the road due to an accident where some people were listening to the radio.

In the meantime, Akshara begins to sing at the competition.

Abhimanyu stops after hearing Akshara’s voice and goes to snatch the radio when they change the channel.

Abhimanyu recognises Akshara’s voice and goes back to the event but his voice was lost amidst the loud noise of the audience.

Akshara is savouring the moment of the praise her voice is getting.

Just then, someone tells Akshara to leave the contestant area as she is not a contestant. Abhimanyu arrives just when Akshara leaves the room.

Meanwhile, Abhimanyu questions everyone about Akshara but no one knows of her there.

Hearing that some contestants were leaving, Abhimanyu runs to the parking but couldn’t see Akshara.

Later, someone points out Akshara’s car and Abhimanyu runs madly after it.

However, Akshara has gone inside by the time Abhimanyu arrives at the hotel. Abhimanyu goes to the reception but is disappointed to hear that Akshara is not there on the list.

Meanwhile, Maaya is crying in the room worrying Dr Kunaal but Akshara tells them that it is the realisation of a dream that is coming out in the form of tears.

Maaya tells Dr Kunaal that this feeling that she has managed to mesmerise the audience with her talent makes her feel alive and she wants to experience this feeling every day.

Dr Kunal assures her that she will feel it every day if that is what she wants.

However, Akshara tells Maaya to not count on her as she cannot stay with her forever.

Meanwhile, Abhimanyu is arguing with the manager to let him search for Akshara in the hotel. However, the manager considers him a lunatic and asks the guard to throw him out.

Abhimanyu tells them that he will wait for Akshara until she comes out.

© Copyright tellybest.com, 2020, 2021. All Rights Reserved. Unauthorized use and/or duplication of any material from tellybest.com without written permission is strictly prohibited.
Cached Saved on: Saturday 1st of October 2022 10:36:34 PMCached Disp on: Monday 3rd of October 2022 09:00:52 PM