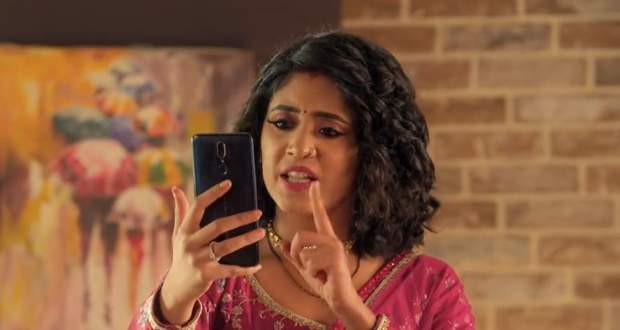 Today's Yeh Rishta Kya Kehlata Hai (YRKKH) 9 June 2021 episode starts with Ranvir and Sirat entering Chauhan house while he reassures her that they will leave once Saroj gets well.

Later, Sirat calls Kartik and talks to him about marriage while he fakes the call getting disconnecting.

Sirat makes a profile for Kartik and manages to answer the questions about Kartik's likes and dislikes while Ranvir praises her saying that she knows Kartik more than he knows himself.

Further, she rejects girls for Kartik while Ranvir teases her saying that maybe she doesn't want Kartik to get married.

He tries to make her jealous but gets upset when she doesn't react and informs her about it.

Later, she calls Kartik and requests him to meet her as she has something important and he leaves.

Meanwhile, Sirat meets a girl named Shreya for Kartik and gets jealous seeing her talk about Kartik.

She tells her that Kartik won't come and makes her leave while calling Kartik telling him that he doesn't need to come.

Later, Suwarna calls her and asks her if Kartik met the girl while Sirat refuses to say that she didn't get good vibes from the girl.

However, Suwarna tells her to meet the girl for some time and then decide but stops speaking seeing Kartik.

However, he doesn't hear anything after which Sirat manages to confirm another meeting with Shreya.

At home, Ranvir plans a surprise for Sirat while she sees the red dress and recalls her birthday with the Goenka's.