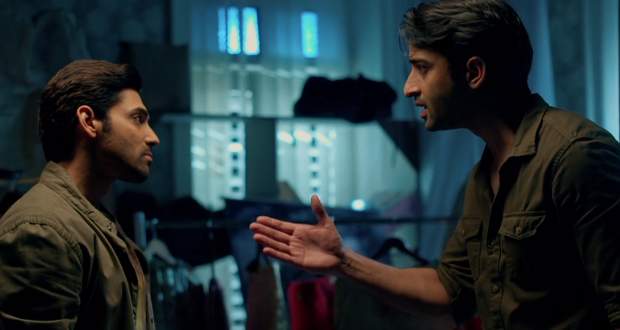 Today's YRHPK 10 Aug episode starts with Mishti getting worried for Abir and getting hurt as well. She asks Kunal to call Abir while Abir has learned a shocking truth.

Abir blames Varun for playing dirty tricks while Varun blames him for hiding a criminal. Abir tries to explain the situation while Varun is not ready to listen.

Abir reveals that Karan tried to assault her and Mishti was just saving herself. Varun doesn’t believe him and is adamant to send Mishti to jail.

Varun further threatens to not marry Ketki if Mishti doesn’t confess the truth. He asks her to choose between Ketki and Mishti and leaves. Elsewhere, Kuhu and Kunal spend some fun moments with each other.

Abir goes to the temple and wants to know why always women are questioned in these situations. He is sure each Mishti in this situation will have someone to support her.

Abir returns home and Kunal offers to help if there is any problem. Later, he decides to talk to Varun and console him and also doesn’t want to tell Mishti anything.

Ketki’s Mehandi ceremony starts while Abir is worried about Varun’s threat. Mishti and Kuhu perform a dance on a popular song while Abir and Kunal also join in.

Vishambhar and Rajshri also join them along with Varsha and Jasmeet. Abir starts playing Dhol while Varun also makes an entry with the Dhol.

© Copyright tellybest.com, 2018 & 2019 & 2020. All Rights Reserved. Unauthorized use and/or duplication of this material without written permission from tellybest.com is strictly prohibited.
Cached Saved on: Thursday 24th of September 2020 03:29:33 AM