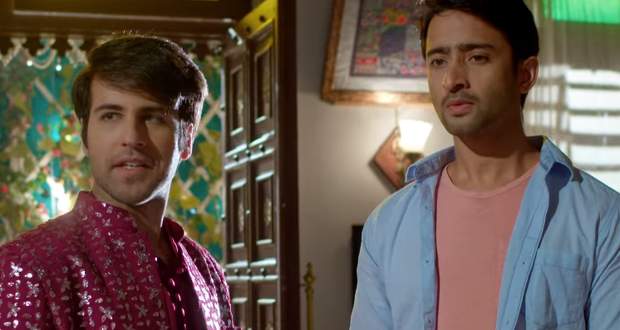 Today's YRHPK 10 Jan episode starts with Abir telling Jugnu that the letter he read was wrong. Meanwhile, Kunal is shattered with Abir’s words while Meenakshi and Parul both come to meet him.

Parul wants him to understand her problems and her helplessness in her situation. However, she is very disappointed in Kunal and feels insulted.

Meenakshi wants her to stop while Parul doesn’t let her speak. Parul also slaps him for blaming Mishti and further tells the reason for Abir sacrificing his love.

Parul tells him that Meenakshi compelled Abir to leave Mishti for him. She doesn’t want to call him her son. Elsewhere, Yashpal wants to know if Abir loves Mishti.

Mishti continues to miss Abir while Abir follows her trail. Kunal and Kuhu also miss each other while Nishant is waiting for Mishti.

Mishti gives a small house to Jasmeet as a thank you for accepting her. Elsewhere, Kunal realizes that Abir wants Mishti back in his life and receives a call from Varsha.

She asks him to come for Mishti and Nishant’s Roka. Later, Abir is adamant to get Mishti back while Meenakshi doesn’t want him to go that way.

Abir says she shouldn’t come in his ways and Kunal declares that he will reveal her truth about spiking Nishant’s drink. Kunal further chooses Mishti for Abir and wants his happiness.

© Copyright tellybest.com, 2018 & 2019. All Rights Reserved. Unauthorized use and/or duplication of this material without written permission from tellybest.com is strictly prohibited.
Cached Saved on: Thursday 30th of January 2020 03:43:16 PMCached Disp on: Sunday 23rd of February 2020 10:30:48 PM