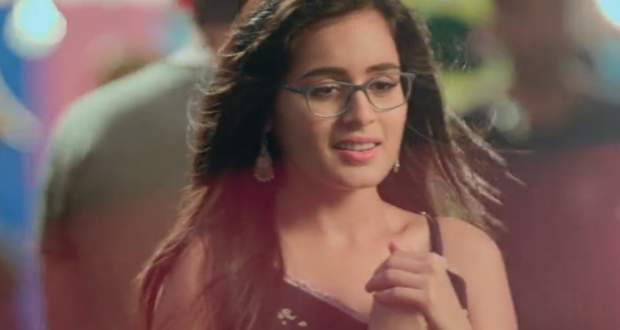 Today's YRHPK 10 Jul episode starts with Abir telling Mishti to stay with him. She shares her concern for him.

Abir starts questioning her about the reasons as to why she came to save him. At the same time, they hear Meenakshi’s voice from outside.

Mishti gets scared but Abir doesn’t let go of her hand. She is about to leave the room when Abir’s family walks in.

She still tries to escape before getting noticed but is brought to attention by Abir. Yashpal gets happy and gives his blessings to her.

Meenakshi is not happy with everyone thanking Mishti. Later, Mishti feels weird for smiling silly and thinking about Abir all the time.

Meanwhile, as soon as Mishti sees Kuhu, she hugs her. Later, they both feel awkward and ignore the moment. Mishti assures Kuhu that Abir will talk to Meenakshi as soon as he gets better.

Kunal is still upset with Mishti for not picking up her call. Abir explains how Mishti has done a favor to them by saving his life.

Kunal shocks Abir by saying that he will elope with Kuhu if nothing gets better. Maami hears everything and goes running to tell Meenakshi.

Meenakshi calls Rajshri and invites them to Rajvansh house to settle differences.

Kuhu enquires the reason for Mishti’s smile. She asks about the situation she was in last night. Mishti tells her everything.

Meanwhile, Rajvansh’s return with Abir from the hospital and find the Maheshwari's at their home.