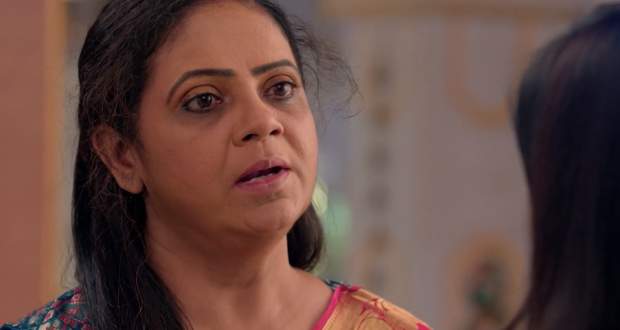 Today's Yeh Rishtey Hai Pyar Ke (YRHPK 10 Oct episode starts with Abir finding the bucket list of him and Kunal from their childhood. They laugh a lot on their silly wishes while Kunal asks Abir to stay.

Abir says they need to go to preserve their love. Abir asks Kunal to leave the Rajvansh house along with Parul and Kuhu as they will not stay happy with Meenakshi.

Meenakshi tries to contact Mr. Kedia while Parul rebukes Meenakshi for not leaving her pride. She asks her to stop blaming others for her own mistakes while Meenakshi asks her to leave.

Parul tries to console Mishti while Mishti reveals that she is not going anywhere. Meanwhile, Kuhu doesn’t want Abir to leave Kunal while Abir wants to know why she didn’t return to Rajvansh house.

Kuhu asks Abir to console Mishti but Abir is not sure about anything. Mishti asks Abir to trust her and not question her judgment. Later, no one in Rajvansh house is able to sleep while Kuhu messages Kunal to stop Abir.

Mishti again asks Abir to trust her while Kunal gives his jacket to Abir. Later, Abir and Mishti bid goodbye to the family members while Meenakshi comes downstairs with a shocking declaration.

She states that if Mishti and Abir leave, she won’t let Kunal, Kuhu, and Parul stay in Rajvansh house. Mishti accepts her deal and is adamant to leave the house.

She is sure that Kunal can start his own business and can take care of Parul with the help of Kuhu. Meenakshi asks what Mishti wants while Mishti can’t accept any of her offers.