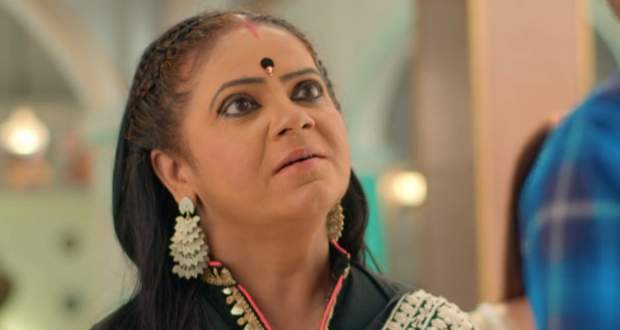 Today's YRHPK 10 Sep episode starts with Vishambhar making Mishti realize she is adopted. He wants her to understand that adopted kids are also their close ones.

Mishti is worried about Meenakshi not accepting the baby. Vishambhar and Varsha share their own experience and ask Mishti to follow her heart. Abir learns that adoption agency people are coming to meet them.

Meenakshi is meeting Mishti’s doctor and asks her to start preparations without talking to Abir and Mishti. Elsewhere, Mishti and Abir meet the adoption lady and tell her to bring the other forms in their new house.

Meenakshi comes at the same time with toys and Luddoo Gopal idol while Abir is shocked. Meenakshi states that Mishti can become a mother while Abir doesn’t want her to torture Mishti.

Meenakshi states that Mishti and Abir can become parents by surrogacy. Abir opposes her decision as Mishti might feel bad about experiencing second-hand pregnancy. He sticks to his decision of adoption.

Abir and Mishti are about to start the adoption process when they learn that Meenakshi has taken sleeping pills and is serious. Later, they reach the hospital and Kuhu informs the Maheshvari family.

Everyone goes to meet Meenakshi while Kunal is upset with her move. Abir states that her move has made his decision easier. He suggests he should also commit suicide.

Abir threatens to eat sleeping pills if Meenakshi ever takes this wrong step again. Meenakshi apologizes to Mishti for trying to split her from Abir and her family.

© Copyright tellybest.com, 2018, 2019, 2020. All Rights Reserved. Unauthorized use and/or duplication of this material without written permission from tellybest.com is strictly prohibited.
Cached Saved on: Monday 23rd of November 2020 09:36:17 PM