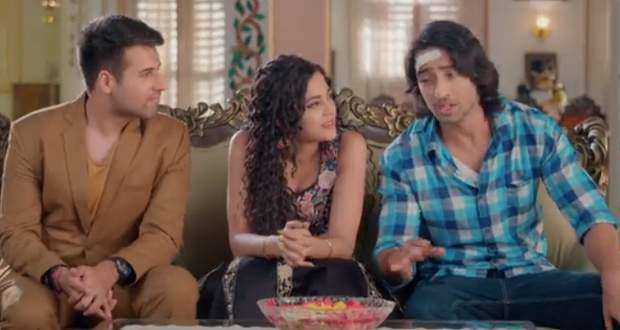 Today's YRHPK 11 Jul episode starts with the Rajvansh meeting the Maheshwari's. Meenakshi tells everyone that she was the one to call them.

Meenakshi starts discussing the complications of the relationship between their families. She further states she is relieved to find Abir safe and sound.

She says her ego will break before her family. She apologizes and requests them to accept Kuhu and Kunal’s relation.

Vishambhar states he wants to discuss the situation with his family and then make a decision.

Jasmeet calls Varsha on Kuhu’s demand to ask about the situation. Meanwhile, Vishambhar is still not ready to accept the relation.

Vishambhar wishes to talk to Kuhu while Abir calls Mishti to tell him about the discussion happening at his home.

Vishambhar tells Kuhu to come to Rajvansh house. Abir, on the other hand, is suspicious of his mother’s changed decision.

He again enquires from Mishti about her intention of saving him in the storm. They both get excited to learn that Kunal and Kuhu will finally get married.

Yashpal promises Vishambhar that Kuhu will remain happy in their house.

At the same time, Meenakshi welcomes Kuhu on her arrival with Mishti. Everybody gets excited for the new couple while Mishti and Abir have some other conversation through their eyes.

Later, Mishti gets a message that Naanu is calling her. But she finds out its Abir instead. He wants to show her the girl from the painting.

Meenakshi performs rituals and gives gifts to Kuhu for welcoming her into the family.