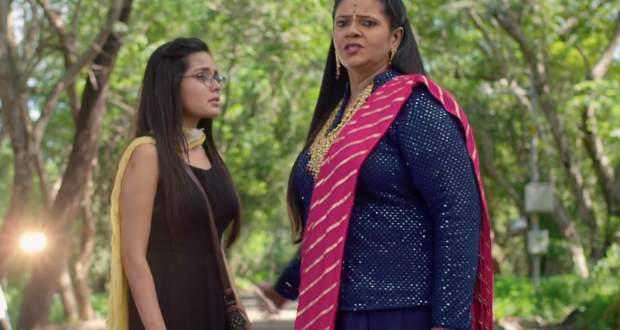 Meenakshi asks for property papers from Mehul while Abir arrives and asks about the papers. Meanwhile, Vishambhar gets upset when he learns Mishti is missing.

Mehul acts of being ill and doesn’t let Abir open the papers. Abir thinks his mother is wrong and selfish. Meenakshi leaves as Abir doesn’t want her presence in his engagement.

Mishti meets Meenakshi and tells her everything about getting proofs against Mehul. She further reveals the whole truth about going to Rajgarh and investigating.

Meenakshi gets tears in her eyes listening to Mishti’s words and she hugs her. Mishti decides to not reveal she knows about Parul being Mehul’s wife.

Meenakshi asks Mishti to not reveal anything in front of Abir. She asks Mishti to keep Mehul in the function so that she can make the plan against Mehul.

Mehul gets shocked to see Mishti fine. Meanwhile, Meenakshi reaches home and asks Kaushal to bring their lawyer and Laxman to their house.

Mishti asks Nidhi to keep Mehul in the function for a surprise. Later, Kunal performs a ritual of tying a peacock feather on Mishti’s hand.