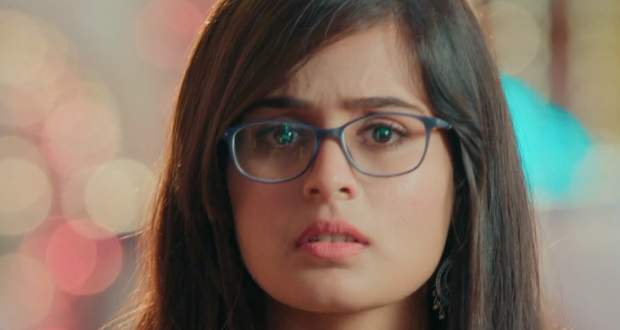 Today's YRHPK 11 Sep episode starts with Kunal blaming Mishti for trapping his brother in her love game. Mishti says to Kunal that he has never understood the true meaning of love.

Later, Kuhu and Kunal start the Ganesh Aarti while Mishti gets a call from Naanu. At the same time, Meenakshi reaches the pandal to watch her sons from a distance.

Naanu tells Mishti that Meenakshi has gone to Ahmedabad but Mishti sees her in Mumbai. Mishti tries to tell Abir but he takes her for Aarti.

Kunal enacts of being a good son-in-law on the lawyer's demand. Meanwhile, Abir remembers his childhood memories of his father.

Kuhu questions Kunal about acting sweet and caring in front of family members. Kunal says he is doing everything for their family.

Later, Abir tells Jasmeet that she can use his washroom but enters into a beautifully decorated suite. He also finds Mishti hidden behind the curtain.

Jasmeet doubts Abir of having a girlfriend while Mishti hides in the bathroom. He gets rid of Jasmeet and gets mad at Mishti.

Mishti is standing right under the showerhead and the water starts running. She pulls Abir too inside the shower and both get wet. They share some sizzling romantic moments and get lost in each other’s eyes.

© Copyright tellybest.com, 2018 & 2019. All Rights Reserved. Unauthorized use and/or duplication of this material without written permission from tellybest.com is strictly prohibited.
Cached Saved on: Wednesday 5th of February 2020 04:07:12 PMCached Disp on: Sunday 23rd of February 2020 10:08:54 PM