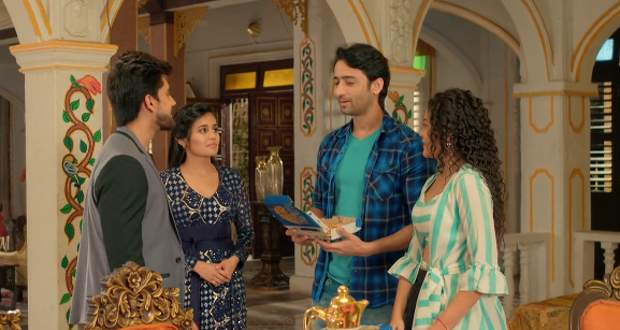 Kuhu and Kuhu try to console Mishti and Abir about surrogacy. Abir doesn’t want to think about surrogacy as the surrogate mother might get attached to the children. He wants to help an unfortunate child.

Kunal goes to meet Meenakshi and she apologizes for hurting him. Meanwhile, Mishti tries to cheer up Abir and wants him to think about Meenakshi’s condition.

Abir asks Mishti to make a decision and listen to her heart. Mishti signs the adoption forms but still wants to think about surrogacy. Abir shows her photos of parents who have adopted the child and ask if their happiness is fake.

Abir and Mishti return home while Kuhu and Kunal surprise them with a pizza party. Kunal tries to console Abir about surrogacy while Abir thinks it will be emotional torture for a woman to carry a baby and give it away.

Later, Kuhu goes to the hospital and sends Kaushal and Nidhi home. Meenakshi learns from Kuhu that Abir doesn’t want to trouble an unknown girl. Meenakshi thinks of using a known girl as a surrogate mother.

Meenakshi calls Kunal early morning to talk about surrogacy and suggests Kuhu can be a surrogate mother for Abir and Mishti.

© Copyright tellybest.com, 2018, 2019, 2020. All Rights Reserved. Unauthorized use and/or duplication of this material without written permission from tellybest.com is strictly prohibited.
Cached Saved on: Sunday 1st of November 2020 04:51:21 AM