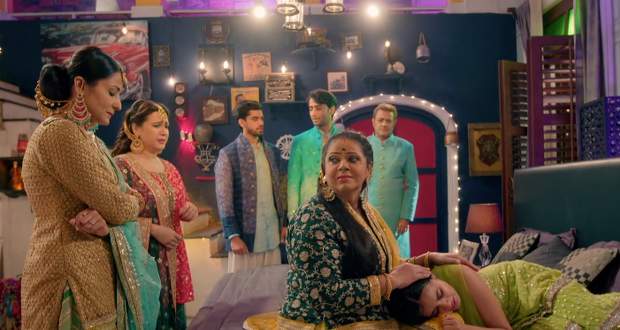 Today's YRHPK 12 Aug episode starts with Meenakshi realizing Abir and Mishti didn’t get the support of the family. Kunal gets upset with his mother and Kuhu and says his mother has lost today.

Vishambhar feels guilty for not being able to take care of Abir and Mishti. He also wishes to take Mishti along with him for a few days. He trusts Abir but fears the anger of Meenakshi.

Kunal comes running towards Abir and says Meenakshi has gone to talk to Mishti. They find Meenakshi consoling Mishti and feeling guilty for not understanding her pain as a woman.

Meenakshi further asks Mishti to not blame herself as she has not done anything wrong. She feels terrible as a mother for not understanding the pain of her kids.

She promises to get justice for Mishti while Kaushal also supports her. Vishambhar wishes to take Mishti along with him while Meenakshi wants one chance to help Mishti.

She promises she won’t let Mishti go to jail till she is alive. Meanwhile, Varun is adamant to get the property while they hope Mishti will speak the truth in front of the police.

Later, Kuhu feels guilty for misunderstanding Mishti and taunting her all the time. She promises to support her at every step. Meanwhile, Kunal has made sure Mishti doesn’t go to jail while Meenakshi shows the post-mortem report of Karan.

She reveals Karan was hit by a rock 5 times. Elsewhere, Kuhu and Mishti witness Ketki talking to Varun and get suspicious. Later, Mishti says she has hit Karan only once while Kuhu depicts an incident to prove Mishti is not physically strong to kill someone.