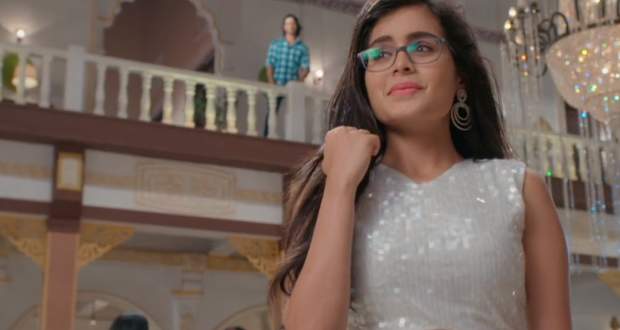 Today's YRHPK 12 Jul episode starts with Kunal and Kuhu chatting about their relation. Kunal tells her he is worried about Mishti and Abir’s closeness.

Meanwhile, Abir wants to show the painting to Mishti, but she doesn’t want to see it.

Kunal tells Kuhu his mother will never agree to Abir and Mishti’s relation, which shocks Kuhu. He shows her a photo of them from the party.

He says their relation might get in danger again because of them. Kuhu gets upset with Mishti. Kunal wants her to help him separate the couple.

Abir explains his feelings to Mishti while she gets scared and runs away.

Later, Mishti realizes she is in love with Abir. Yashpal says the new couple is together because of Mishti.

Everybody starts discussing what kind of girl Abir should get in his life. Rajshri wishes he gets his dream girl soon.

Jasmeet tries to provoke Kuhu against Mishti. Varsha is worried to face the Chauhans, and Kuhu suggests Mishti should get engaged to Saurav.

Abir confronts his mother and she admits she is not happy with the new relation. She further states Kunal will never be happy with Mishti around.

Kunal is positive that Kuhu will do everything as per his instructions and their plan will not fail.