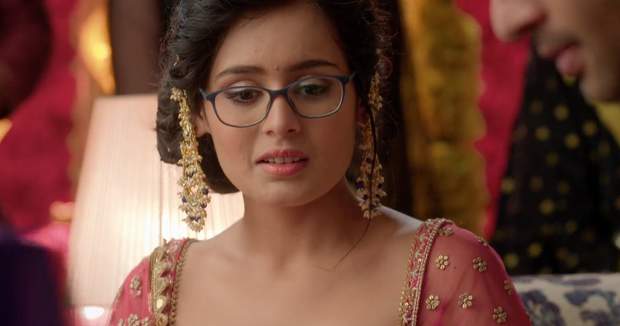 Kunal and Kuhu also share some romantic moments during the dance. Later, Yashpal enquires about Meenakshi while Mehul wishes to bring her back.

Mishti stops Mehul and everyone else from leaving during the Gordhana. At the same time, Meenakshi calls Rajshri and asks to continue with the rituals without her.

Meanwhile, Meenakshi and Kaushal try to find papers against Mehul and send him to jail. Later, Abir and Mishti get emotional during their Gordhana.

Meenakshi reveals in front of Kaushal that Mishti is with them and this time they will win against Mehul.

Abir and Mishti exchange rings and completes the rituals of Gordhana. Mishti gives an emotional speech and later finds Mehul missing from the function.

Mehul returns Rajvansh house and demands property papers from Meenakshi. He further threatens to destroy Kunal and her life.

Later, Abir wonders what Mishti is thinking and is lost. Mishti wishes to reveal the truth in front of Abir but is interrupted by Parul. Meenakshi shows the pictures of Mishti’s kidnap to Mehul.

© Copyright tellybest.com, 2018 & 2019. All Rights Reserved. Unauthorized use and/or duplication of this material without written permission from tellybest.com is strictly prohibited.
Cached Saved on: Wednesday 8th of July 2020 09:23:24 AMCached Disp on: Thursday 9th of July 2020 08:52:26 PM