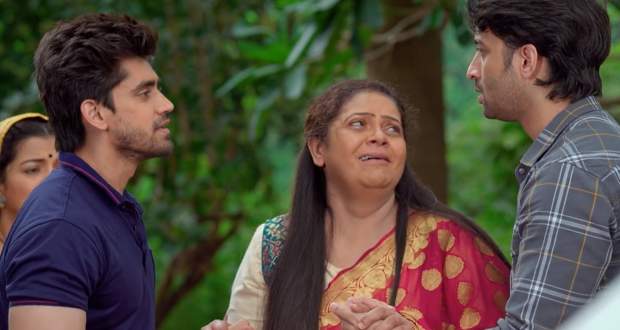 Today's Yeh Rishtey Hai Pyar Ke (YRHPK 12 Oct episode starts with Abir and Mishti leaving in the car. Meenakshi follows their car and tries to stop them. Further, Abir saves Meenakshi from getting hit by a bike.

Meenakshi repents for her mistakes and wants the support of her sons. She apologizes to Mishti and Mishti also reveals she was doing a drama of leaving the house.

She apologizes for her actions while Meenakshi praises Mishti for her efforts to bring the family closer. Meenakshi asks Mishti and Abir to take their own decision and offers her support.

Jasmeet talks against Mishti while Kuhu decides not to say anything as she might not help her. Elsewhere, Abir is still upset and is not ready to forgive Meenakshi.

The Rajvansh family decide to sing a song to cheer Abir up. Kuhu and Jasmeet see this over a video call and get shocked that Abir and Mishti didn’t go anywhere.

Varsha and Jasmeet get upset while Kuhu gets happy that they didn’t go. Later, Abir ignores Mishti while she apologizes for her drama. Further, Meenakshi apologizes to Parul and appreciates her for always being there for the family.

Mishti makes Abir witness the scene while Abir is sure Meenakshi is doing a drama. He is sure that she will again plot whenever she gets a chance.