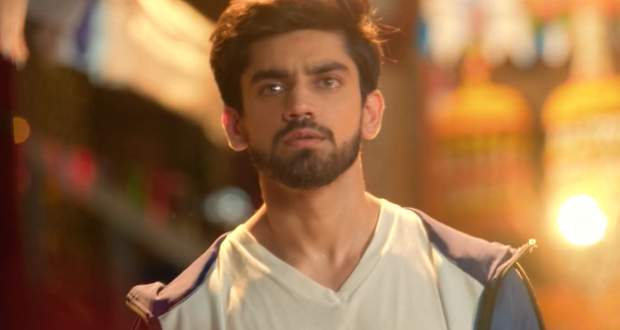 Today's YRHPK 12 Sep episode starts with Meenakshi suggesting Kuhu be a surrogate mother for Abir and Mishti. Kunal gets shocked while Meenakshi tries to console him.

She asks Kunal to console Kuhu and wants him to help her. Kunal can’t make the decision as others are also involved while Meenakshi promises to support his decision.

Rajshri and Vishambhar get surprised by Abir and Mishti’s good news. They reveal that their adoption form is accepted and that they liked the fact that Mishti was also adopted.

Vishambhar asks if Mishti is happy while Mishti thinks that her each day is going to be a celebration. Meanwhile, Kunal is in a dilemma because of Meenakshi’s suggestion.

Abir and Mishti come in front of him and reveal their happiness. Mishti also reveals that they have put Kunal and Kuhu’s name in the form as local guardians.

Kuhu gets upset with Mishti and Abir as she is the last one to know about the adoption form getting approved. They all joke around while Kunal is worried. He learns from Kaushal that Meenakshi has fired Uma Patel.

Meenakshi makes Kunal emotional by stating that she fired Uma Patel because she was coming between them. Kunal thinks he has to repay for the things the family has done for him.

Kaushal asks Kunal to think the same as Abir and solve his problems. Later, he tells Kuhu about Meenakshi’s suggestion about her being the surrogate mother for Abir and Mishti.