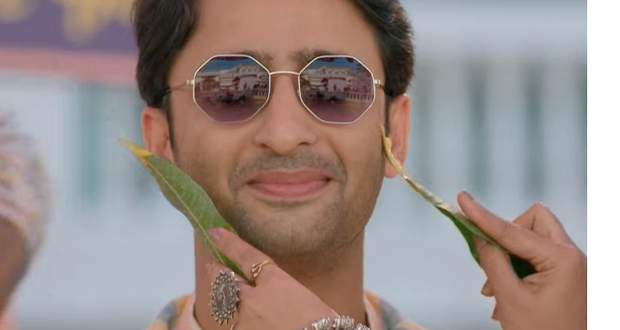 Today's YRHPK 13 Feb episode starts with Rajshri asking Varsha to take Kunal along with Kuhu. Kuhu gets upset when everyone praises Mishti as well.

Abir doesn’t want Kunal and Kuhu to give up and asks Kuhu to stay. He further states that the girls will soon return to their original house with their husbands.

Later, Mishti praises Kuhu for her awesomeness while Kuhu states that Mishti was the centre of attraction in all the situations in the past few days.

Rajshri gives earrings of Akshara to Kuhu and takes away Mishti’s phone. Mishti is nervous about starting her new life while Kuhu is sad that her marriage will end soon.

Abir messages Mishti about Kuhu’s divorce while the phone is with Varsha. Varsha is unable to read the message as she gets distracted by Jasmeet.

Later, Meenakshi gets the Haldi ready and Yashpal wonders if he should talk to Abir. Meanwhile, Mishti teases Kuhu for Kunal acting all romantic around her.

Abir enjoys his Haldi ceremony along with his family except for Meenakshi. She watches from afar and gets happy. The Haldi ceremony turns into a Holi ceremony.

Mishti also enjoys her Haldi ceremony and dances with everyone. Kuhu asks to meet Kunal while Abir takes his phone and messages that he won’t come.

Mishti receives Kuhu’s lawyer’s call and learns about a court hearing Kuhu needs to attend. However, Kuhu manipulates her into believing that she is going for a spa.

© Copyright tellybest.com, 2018 & 2019. All Rights Reserved. Unauthorized use and/or duplication of this material without written permission from tellybest.com is strictly prohibited.
Cached Saved on: Tuesday 7th of April 2020 01:06:03 PM