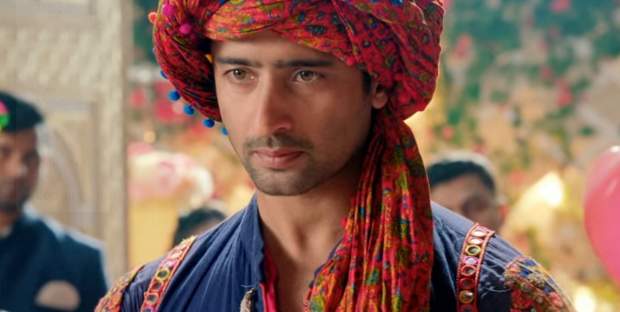 Today's YRHPK 13 Jan episode starts with Kunal thinking that he has not done anything for Abir. Abir is upset with Kunal for hiding such a big truth from him.

Meenakshi taunts Parul while Yashpal is upset with Meenakshi’s actions. Meanwhile, Jasmeet’s friend taunts her for choosing Mishti as her daughter-in-law.

Nishant shuts her mouth that he was also a drug addict and their pair is made in heaven. Later, Kunal arrives at the function with Dholwalas and Abir.

Abir’s shocking entry stuns everyone in the house including Mishti. Abir starts by reciting beautiful poetry recalling their past moments.

Kunal says he has hired the Dholwalas for Kuhu’s event management company. Vishambhar wants Abir to leave while Jasmeet wants Vishambhar to give them money.

Rajshri says the function will not stop with anybody’s arrival. Mishti is about to fall when Abir catches her. He tries talking to her but she ignores him.

Later, Abir has a plan and traps Mishti under a Dupatta with him. Abir says he will do anything for her while Nishant removes the Dupatta.

Vishambhar rebukes Abir and is sure Mishti has forgotten him. He accuses him of leaving Mishti and is sure Nishant will never do such a thing. Mishti and Nishant get engaged in front of Abir while Mishti and Abir both aren’t happy.

© Copyright tellybest.com, 2018 & 2019. All Rights Reserved. Unauthorized use and/or duplication of this material without written permission from tellybest.com is strictly prohibited.
Cached Saved on: Monday 6th of April 2020 08:02:45 PM