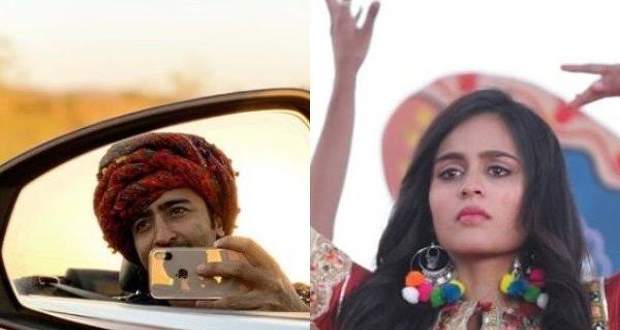 Today's YRHPK 13 May episode starts with Kunal telling Kuhu that he will fire her if she will mess up one more task. Mishty calls Meenakshi and inquires about Kunal.

Meenakshi tells her that Kunal is very busy. She avoids telling anything to Kunal about Kunal’s call.

Abir finds it difficult to find a clue about the topic concerning his exhibition paintings. Paro advises him to draw anything that touches his heart.

Kuhu manages everything properly in the job. Kunal gets impressed with Kuhu’s performance and gifts her the bracelet which he bought for Mishty.

Abir closes his eyes and starts drawing his painting. He gets shocked when unknowingly he draws Mishty’s portrait.

Mishty comes to Rajvansh house. Meanwhile, Nidhi gets a courier of Meenakshi. Laxman tells Meenakshi about the envelope he has sent for her.

He even tells her about Naman attacking Naitik. Meenakshi fails to hear anything because of the poor network connection.

Mishty bumps into Abir. Abir hides his paintings. Meenakshi tells Kunal about Mishty joining another firm. Kunal gets angry on Mishty not telling him about the job.

Mishty tries hard to see the painting. But Abir takes away the painting from Mishty’s hands. Kunal gets angry on Mishty for going against his will of taking up another job.

Mishty and Kunal get into an argument.