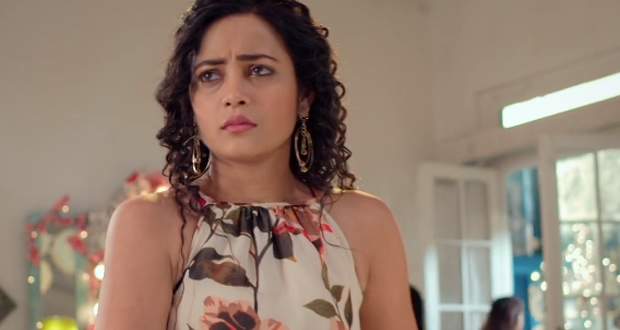 Kuhu tries to manipulate Varsha and Jasmeet to take her phone. She acts as being unwell and gets the phone. Meanwhile, Meenakshi makes food for Abir and Kunal while Abir is not at home.

Meenakshi reads Abir’s message and gets upset. Mishti suggests that they should bring Kuhu back and Meenakshi also gets ready to bring Kuhu back. Meanwhile, Abir also learns that Meenakshi is going to get Kuhu.

Kuhu tries to contact Kunal but fails as Nidhi picks up the call. Jasmeet tries to find her phone while Nidhi calls Varsha and she realizes that Kuhu has Jasmeet’s phone.

Mishti, Kunal, and Meenakshi reach Maheshwari house to meet Kuhu. Meenakshi apologizes to Jasmeet and they all are excited to take Kuhu along. Jasmeet is ready to send Kuhu while Varsha reveals that Kuhu is missing.

Kunal blames Varsha for everything and states that he loves Kuhu as well as the baby. Mishti explains everything and reveals Meenakshi wanted to make things right.

Varsha receives a message from Kuhu that she is going back to Kunal. Meanwhile, Parul makes clothes for the newborn baby while Abir gets really excited.

Kuhu’s car breaks down and her phone also stops working. She sits on a bench for a while as she feels restless. Elsewhere, Kunal and Mishti reach home and find out that Kuhu has not reached Rajvansh house.