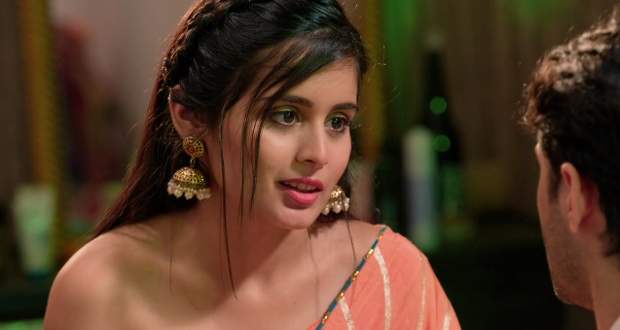 Today's YRHPK 14 Aug episode starts with Varun asking Mishti to come along with him. Nirmala agrees that after marriage Mishti has to confess in front of the police.

Ketki apologizes for lying to the family while Nidhi also feels guilty for judging Mishti. Mishti thinks the secret phone of Varun will help them find out the truth.

Kuhu proposes that Varun might have murdered Karan while Mishti plans on stealing his phone. Meanwhile, Varun asks someone to call on his secret phone only when urgent.

He is not happy with getting married to Ketki while Nirmala wants him to get married. Later, Mishti shows all the important things to Abir if something bad happens.

Abir asks her to promise not to do anything without his permission. The function of Haldi starts and the family acts of being against Mishti. Mishti is asked to leave the function while Abir is forced to stay back.

The family starts dancing while Mishti tries to steal Varun’s phone. Later, Kuhu accuses Mishti of changing the Haldi and they both start fighting.

The Rajvansh family and Maheshwari's do a drama to distract Nirmala and Varun while Abir tries to steal the phone. Varun warns Mishti and leaves while Abir reveals that he stole the phone.