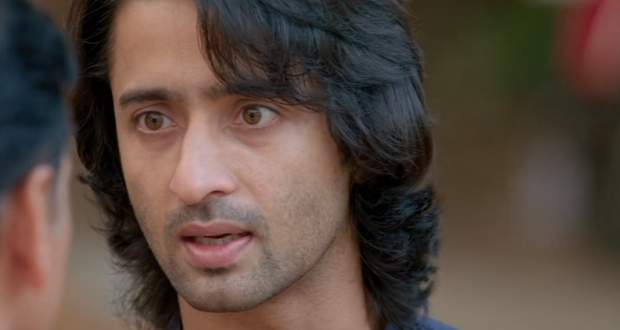 Today's YRHPK 14 Nov episode starts with Mishti getting a call from Jugnu saying Abir has left home. Yashpal confirms the same and asks her to bring him back.

Mishti promises Yashpal that she will bring Abir back. Meanwhile, Mehul decides to console Abir in believing he needs money from his family.

Abir says they will give in writing that they don’t need any money from Meenakshi. He also drives roughly while Mehul sees his plan failing and starts shouting.

Abir entices Mehul in saying that he needs the property and money. It turns out to be Abir’s plan to get the reality of his father out in open.

Abir calls himself stupid and thanks Ganpati Ji for showing him his father’s real face. He further says he knew for a long time about his reality.

Mishti arrives and Mehul gets angry at her. Abir stops Mehul from attacking Mishti while at the same time, the police arrive.

Mehul tries to trap Abir in the case while Meenakshi shows the proof of Abir’s innocence. The police arrests Mehul and before leaving he threatens Mishti that he will return.

Abir gets shattered with the reality of his father while Meenakshi tries to console him. Mishti leaves as she knows Abir needs his mother more.

Meenakshi and Abir share some emotional moments and Abir promises to be a good son. Meanwhile, everyone at the Rajvansh family get happy with Mehul’s arrest.

Kunal gets disappointed in himself for not supporting his brother. Abir arrives and later they both share an emotional moment.

Upcoming Yeh Rishtey Hai Pyaar Ke episode update: Meenakshi says she has only one problem with Mishti that she came in Abir’s life.