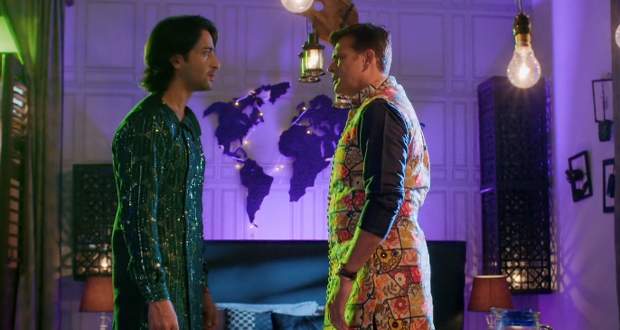 Today's YRHPK 14 Oct episode starts with Abir apologizing to Mishti for breaking her trust. Mishti apologizes and says it was her mistake to trust him blindly.

Abir gets shattered with Mishti’s words. Meanwhile, Yashpal tries to talk to Meenakshi about Abir and Mishti’s alliance.

Meenakshi says Abir doesn’t need her as he has his father. At the same time, Mehul arrives and doesn’t want to hear harsh words.

Mehul tries to entice Parul against Meenakshi but she is sure Meenakshi will support her. Later, Abir returns home and learns Kunal blamed Mishti for sending the pictures of Shweta.

Kuhu says Kunal deserved the slap as he is a liar. Meanwhile, Parul wants to tell Abir the reality of Mehul while Meenakshi is sure she had a conversation with Mehul.

Abir comes to Mishti’s room and wishes to talk to her. He still thinks Kunal is under Meenakshi’s influence while Mishti wants him to see the reality.

Mishti refuses to listen to Abir until he realizes his brother is wrong. Later, Abir finds Mehul in his room who wants to celebrate winning the challenge.

Abir tells Mehul about Kunal and Kuhu’s divorce and also about Mishti being upset with him. Mehul says Rajvansh house will not let him unite with Mishti.