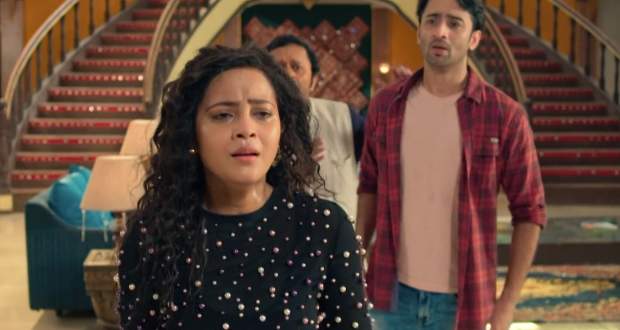 Today's YRHPK 14 Sep episode starts with Mishti surprising Abir with her special attire to meet the adoption agency. Abir gets thrilled and they spend some cute romantic moments.

They come out of the room and find Kuhu leaving her room with a bag. Kunal asks Kuhu to calm down while Mishti and Abir want to know what’s wrong.

Kuhu reveals that Kunal and Meenakshi want her to be the surrogate for Abir and Mishti. Kunal asks her to help as she wanted but Kuhu finds it senseless. She doesn’t listen to anyone and leaves the house.

Mishti confronts Kunal and points his mistake while Abir thinks he is talking just like Meenakshi. Kunal talks against Kuhu and Abir fumes in anger. Meanwhile, Varsha is upset with Kuhu’s situation while Rajshri and Vishambhar decide to support Kuhu.

Later, Rajshri meets Mishti while Mishti vents out her emotions. She blames herself for everything and thinks she can’t handle the situation. Rajshri asks her to be strong and fight her own battles.

She asks Kunal to not listen to his mother and blames Meenakshi for using Kunal’s innocence. She further wants Kunal to think if his demand is fair and asks him to get Kuhu back.

Abir apologizes to the Maheshwari family and wishes to speak to Kuhu. Varsha stops her and wants Kunal to support his wife. At the same time, Mishti brings Kunal to Maheshwari house.

Upcoming Yeh Rishtey Hai Pyaar Ke episode update: Abir and Mishti get ready to bring their adopted child while Kuhu talks about being the surrogate mother.

© Copyright tellybest.com, 2018 & 2019 & 2020. All Rights Reserved. Unauthorized use and/or duplication of this material without written permission from tellybest.com is strictly prohibited.
Cached Saved on: Thursday 24th of September 2020 04:05:48 AM