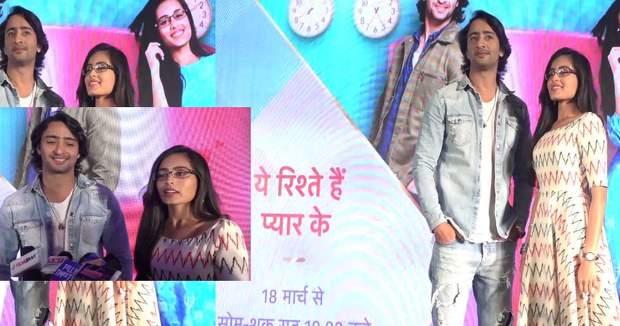 Mishty tells to Abir that she wants to share something with him as he is her only friend in the house. Abir stares at her.

Meenakshi states that she has called the police to shower blessings on Ketki. Commissioner says that he is here to meet Vishambhar.

Commissioner asks for Kuhu and Mishty. The officer informs that a complaint has been filed against them for instigating a girl to run away from her wedding.

Mishty and Kuhu state that they are not responsible for anything. Kuhu says that the girl was Ketki. Kaushal says that this truth will ruin Ketki’s respect.

Commissioner asks Vishambhar to come along with him to the police station. Rajshri and Varsha get tensed.

Meenakshi informs Paro that she called the police. She adds that she is doing all this to break Mishty and Kunal’s relationship.

Rajshri asks Kaushal to bring Ketki and tell the truth to the officer. Abir comes there and states that Kuhu and Mishty helped Ketki when she ran away from the home.

The officers inform that the police complaint was filed by Meenakshi. Meenakshi accepts that she filed the complaint.

Meenakshi takes her complaint back. She also apologizes to Maheshwari family.

© Copyright tellybest.com, 2020, 2021. All Rights Reserved. Unauthorized use and/or duplication of any material from tellybest.com without written permission is strictly prohibited.
Cached Saved on: Monday 6th of December 2021 05:48:00 PM