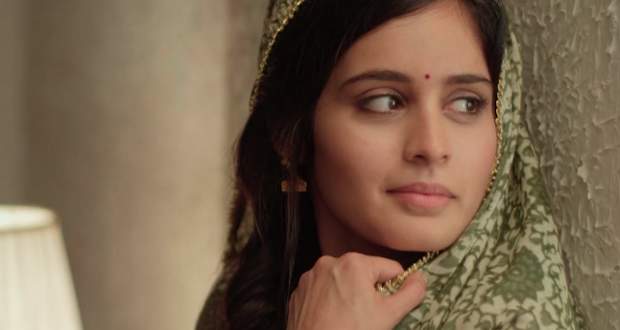 Today's YRHPK 15 Aug episode starts with Abir and Kunal trying to retrieve the data from Varun’s phone. Mishti learns that Kuhu had written threat letters addressed to her.

Meanwhile, Nirmala learns Ketki is not pregnant and questions Varun’s drama. She is confused about Varun’s motives for not wanting to marry Ketki and doing pregnancy drama. Varun learns that his phone is missing.

Kunal gets upset with Kuhu while Mishti gets an idea to use her letters. Varun is searching for his phone when Mishti arrives in a disguised look to give his Shervani.

Varun finds a threat letter with the Shervani stating that someone knows his secrets. Mishti escapes their house while Kuhu comes inside to distract Varun and Nirmala. Kuhu picks up another letter while Varun snatches the letter from her.

Abir and Kunal tell Mishti that the phone history shows Varun was there on the night of the incident and also that he can’t get the property unless Karan’s case is closed.

They decide to give him another threat letter stating he has to return to the crime scene with 5 crore rupees if he wants to save himself. Varun finds the letter and leaves his house with a bag while Kunal and Abir also leave along with Vishambhar.

Mishti is consoled by Abir over the phone while Rajshri asks Meenakshi to not blame herself. At the same time, Nirmala arrives with the police at Rajvansh house. Meanwhile, Varun is about to leave when he is stopped by Mishti’s new plan.

Upcoming Yeh Rishtey Hai Pyaar Ke episode update: Abir gets delighted to learn that he is going to be a father.