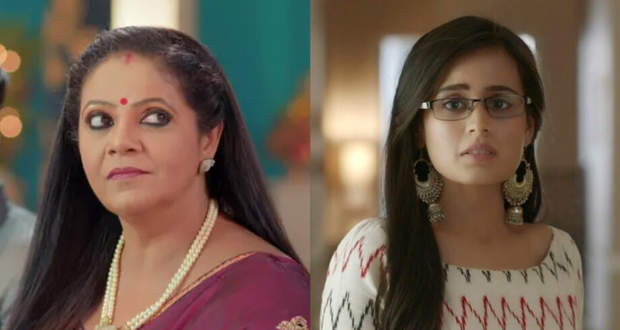 Today's YRHPK 15 Jul episode starts with Mishty blushing while thinking about Abir. Rajshri and Vishambhar come to Mishty and ask if she is happy with Kuhu and Kunal’s relation.

Vishambhar states that he fears if Kuhu will be happy in Rajvansh house or not. Mishty assures them to take proper care of Kuhu’s happiness.

Abir calls Mishty to have a word with her. Rajshri advises Mishty and Abir to plan out things for their shopping plan.

Kuhu comes to Mishty and advises her not to speak out her feelings ever to the person whom she loves as this will reduce her importance.

Kunal also brainwashes Abir to never initiate anything in his relationship and let the girl make the first move.

In the morning, Kunal and Meenakshi discuss their plan over the call. Kuhu and Mishty arrive for shopping. Mishty gets upset on not seeing Abir around.

A woman comes to Kunal and Kuhu and addresses Kuhu as Mishty. Kunal corrects her by saying that now Kuhu is my fiancé.

Kunal fumes in anger when Mishty comes in and asks her to leave. She accuses her of insulting him earlier in front of everyone.

Mishty advises him not to create a scene. Kunal says he doesn’t want to see be seen in public with her. Kunal walks away in anger.

Kuhu gets angry at Mishty for spoiling Kunal’s mood. She blames Mishty for everything. Mishty feels that Abir also holds her responsible.

Parul tells everything to the family members. Abir stops them to restrain Mishty from being a part of Kunal and Kuhu’s wedding.

© Copyright tellybest.com, 2018 & 2019. All Rights Reserved. Unauthorized use and/or duplication of this material without written permission from tellybest.com is strictly prohibited.
Cached Saved on: Sunday 2nd of February 2020 01:33:13 PMCached Disp on: Tuesday 18th of February 2020 11:28:51 AM