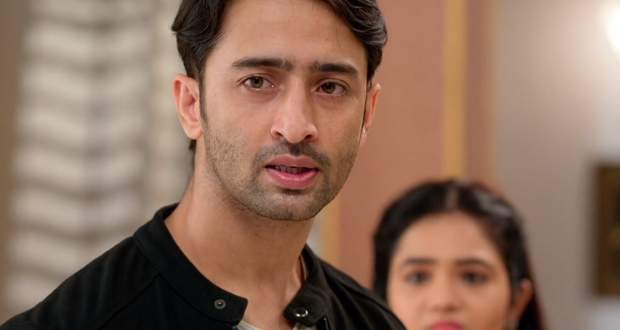 Meenakshi comes in the room at the same time and taunts Mishti for not remembering the customs of the house. Abir tries to defend Mishti but Kaushal distracts them and states Ketki has eloped again with Varun.

Abir and Mishti ask about who is Varun while Parul also helps Kaushal in his plan. Later, Ketki arrives in front of Abir and Kuhu reveals that Varun is Ketki’s fiancé.

Mishti congratulates Ketki while Abir gets upset with Meenakshi for not telling the truth. Meenakshi taunts Abir for not being there for the family.

Mishti tries to calm Abir while Abir still blames Ketki for not telling him. Kuhu states that Abir and Mishti’s behavior is weird since they have returned.

Abir doesn’t want her to blame Mishti and asks if Kunal knows the truth. Parul tries to console Abir while Mishti feels bad for Abir getting in a fight with Meenakshi.

Kuhu blames Mishti for everything and challenges that she will learn the truth about her absence for 3 months. Mishti gets scared and locks herself in the bathroom.

Abir wants Mishti to organize Ketki’s function while Kuhu thinks she is not stable. Kuhu keeps on blaming Mishti for everything while Abir reveals that Kuhu spiked her drink but he still didn’t say anything.

Mishti gets upset and scared with everything and leaves the house quietly. Abir learns Mishti has left and rushes to find her. Mishti is about to get hit by a truck when a man in the car saves her.

© Copyright tellybest.com, 2020, 2021. All Rights Reserved. Unauthorized use and/or duplication of any material from tellybest.com without written permission is strictly prohibited.
Cached Saved on: Sunday 9th of May 2021 10:00:50 PM