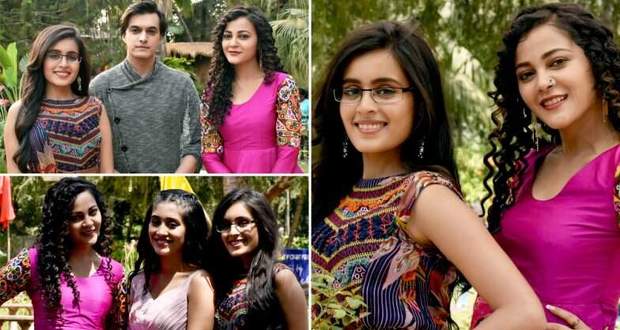 Today's YRHPK 15 May episode starts with Mishty and Kuhu getting ready for their work. Mishty texts Kunal to have a word with her. Meenakshi sees the message and deletes it.

Meenakshi and Kunal gear up for Abir’s exhibition. Abir tells Meenakshi that he will rest today and the entire work of the exhibition will be managed by his staff.

Abir talks in his mind and says that he will have a no Mishty day today. Kunal insists Abir to send a message to Mishty.

Kuhu gets jealous on seeing Kunal’s message. Meenakshi gets upset on learning that Kunal has forgiven Mishty.  Meenakshi decides to meet Laxman to learn the truth.

Mishty calls Abir to come to the exhibition. Abir avoids talking to her.

Kunal sends flowers to Mishty. Mishty gets delighted and sends him a return gift.

Meanwhile, Meenakshi learns about Naman’s past where he tried to kill Naitik. She says a murderer’s daughter can never become her DIL.

Kunal seeks Abir and Kuhu’s help to find a perfect gift for Mishty. Abir comes to Mishty with lunch from Kunal’s side.

The servant hands over Mishty’s portrait as well to the NGO lady. Meanwhile, Mishty thanks Abir for being her friend.