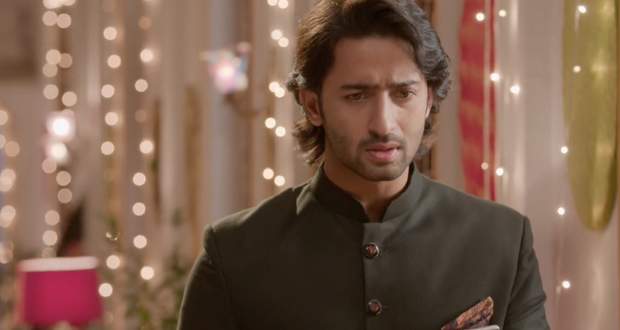 Today's YRHPK 16 Aug episode starts with Abir telling everyone to start the celebration of Kunal’s wedding. Meanwhile, Mishti is packing her bags to leave for Mumbai. She wonders if Abir will use his magic to make everything right.

At the same time, Kunal wonders why he is getting ready for the marriage. Atul takes Kunal’s phone and Kunal gets upset with his actions.

He further slaps Atul for sending a message and the plate in Parul’s hand falls down the stairs.

Abir gets upset with Kunal’s reaction while Kuhu gets delighted to receive ‘I Love You’ text from Kunal.

Later, Abir instructs Kunal to apologize to Atul. Meanwhile, Mishti is leaving for the airport but decides to call Meenakshi.

She blames her of being wrong in her actions and tells her God is watching everything. Meenakshi tells Kunal to take his bag and leave as soon as possible.

Meanwhile, Abir wonders why Mishti didn’t try and talk to him. At the same time, he gets a call from Mishti and gets distracted while Kunal and Meenakshi leave.

Abir is suspicious about something being wrong.

© Copyright tellybest.com, 2018 & 2019. All Rights Reserved. Unauthorized use and/or duplication of this material without written permission from tellybest.com is strictly prohibited.
Cached Saved on: Thursday 16th of July 2020 10:27:00 PM