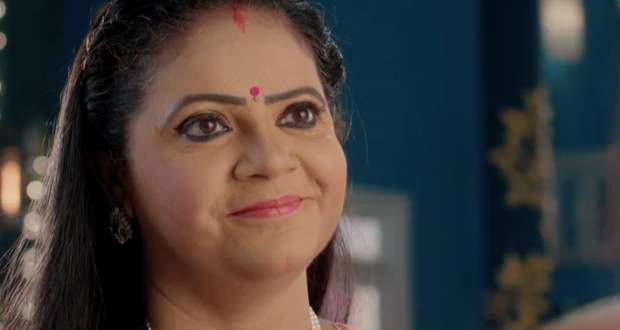 Kunal pushes Abir, which makes him bleed. At the same time, Mishti also gets hurt with the glass jar.

Meenakshi confronts Kunal about hurting Abir. She tells him to join his plan and play smartly while dealing with Abir.

Mishti and Abir meet at the hospital and inquire about their wounds. Kunal calls Kuhu to tell her about a get together his mother is planning.

Meanwhile, Mishti and Abir are discussing the complications with women and society. They also share cute moments.

Mishti reaches home and realizes nobody is there. At the same time, Meenakshi arrives at their doorstep.

Kunal takes care of Abir and makes soup for him. He also informs about the party they are throwing, inviting the Maheshwaris as well.

Meenakshi also informs Mishti about the party and how she is going to announce Kunal and Kuhu’s relation.

Later, Parul enquires about Kuhu from Abir. Abir assures she is the perfect girl for Kunal.

Maheshwari's also got delighted to learn about Meenakshi’s party and the big announcement. They start celebrating while Mishti and Abir both imagine being with each other.

Upcoming Yeh Rishtey Hai Pyaar Ke episode update: The two families get confused about the date of the party.