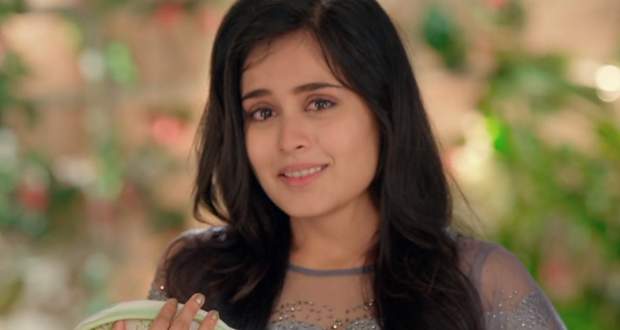 Mishti dreams about having their baby with them. Abir calls her and knows she saw the same dream again. Abir tells Mishti that it might take more time for the baby to stay in the hospital.

Abir knows that the food is made by Meenakshi while Mishti hides the truth. In the morning, Mishti receives a call from Abir and rushes to the hospital. She finds the doctor and nurse checking the baby and gets scared.

Meanwhile, Meenakshi and others get worried while Abir returns at the same time. Following him, Mishti comes inside with the baby boy in his arms. Everyone gets happy to see the baby healthy.

Meenakshi can’t believe her eyes while Mishti wants her to meet the baby. Abir interrupts and wants the baby to meet his Chacha and Chachi first. Everyone takes the baby in their arms and Meenakshi feels left out.

Mishti notices this and asks Meenakshi to do the Aarti of the baby. Meenakshi gets happy to take the baby in her arms and thanks Mishti and Kuhu. Abir says the rules will change in the family and asks Mishti to come along with the baby to rest.

Mishti brings Meenakshi into her conversation with Abir but Abir doesn’t want to talk about it. Mishti is adamant to bring Meenakshi and Abir together. Later, Kuhu declares that there has to be a party for the arrival of the baby.

They decide to keep a Dandiya night on a special occasion. Mishti reveals that Meenakshi donated a lot of money and Meenakshi gives the credit to Mishti and Abir.

Upcoming Yeh Ristey Hai Pyaar Ke episode update: In an attempt to save Mishti and the baby, Meenakshi gets injured.