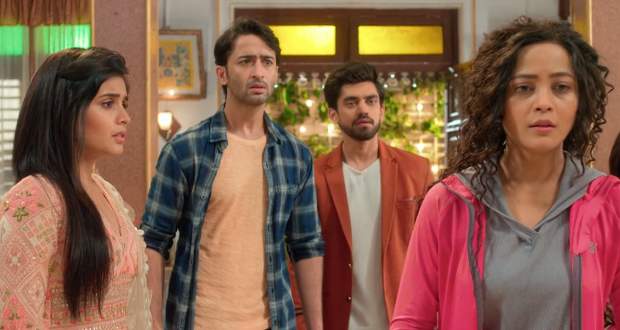 Today's YRHPK 16 Sep episode starts with Kuhu coming back to Rajvansh house. Kuhu wishes to talk while Abir and Mishti ask her to come along for the adoption.

Kuhu wishes to be the surrogate mother of their baby. Abir and Mishti think she is being pressurized while Kuhu reveals she has taken the decision on her own.

Abir and Mishti refuse to take help and stick to the idea of adoption. Later, Kunal thanks Kuhu for her support while Kuhu thinks she has to convince Mishti and Abir.

Abir and Mishti learn that Mrs. Rajvansh has called the adoption agency and canceled the process. The adoption lady refuses to give the baby to a family who changes the decision so quickly.

Meenakshi tries to make her understand that she might be leaving out on a golden opportunity. She even promises to make her life pleasant if she agrees to be the surrogate mother.

Mishti rebukes Kuhu for taking decisions for them while Kuhu tries to convince them. Abir wants Kuhu to realize she has to go through a lot to become a surrogate mother.

Varsha and Rajshri try to make Kuhu understand that her decision is wrong. Kuhu thinks they don’t trust her as much as Mishti. Meanwhile, Mishti tries to cheer up Abir and later they share some cute moments.

© Copyright tellybest.com, 2020, 2021. All Rights Reserved. Unauthorized use and/or duplication of any material from tellybest.com without written permission is strictly prohibited.
Cached Saved on: Saturday 23rd of January 2021 05:49:12 AM