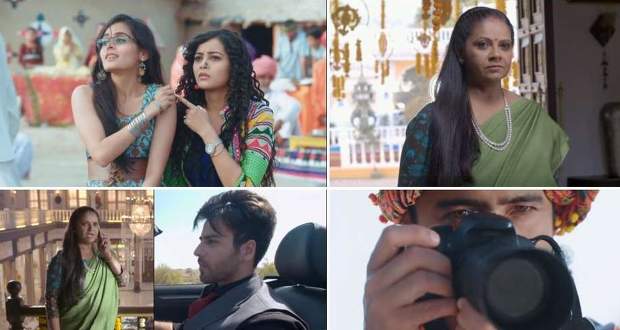 Today's YRHPK 17 Apr episode starts with Kunal trying to convince Maheshwari family. Vishambhar accepts their invitation. Rajshri says she wants to have a word with him.

Meenakshi asks Abir about Kunal. Abir says Kunal has gone to Maheshwari house to invite them for Haldi ceremony.

Mishty keeps her request of marital courtship in front of Naanu and Kunal. She states that she wants to learn more about Kunal.

Meenakshi accuses Abir by saying that he came to her so that Kunal can plead in front of Maheshwari’s. Abir and Meenakshi get into an argument.

Abir irks Meenakshi by saying that she should have gone to Maheshwari house to apologize.

Ketki comes to Abir to seek his help. Mishty and Kunal have a word with each other concerning the courtship.

Mishty and Kunal put haldi on Ketki together. Abir stares at Mishty. Kunal bumps into Kuhu. Ketki runs after Abir to put haldi on him.