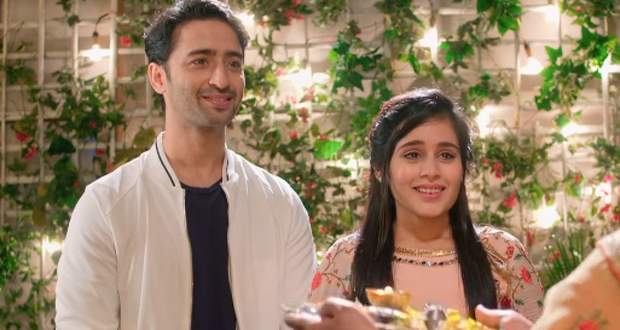 Today's YRHPK 17 Aug episode starts with Nirmala asking about Mishti while Meenakshi asks about Varun. Kuhu video calls Varsha and shows her Varun with a bag full of money.

Mishti tries to get the truth out of him using fake voice but Varun lies again. He says Mishti has murdered his brother and that he doesn’t want to spoil Kekti’s special day.

Mishti confronts Varun and wants him to speak the truth. Varun continues to blame her for his brother’s death while Abir learns about Mishti’s daring move.

Mishti gets proof and points out that Karan didn’t have a watch on his hand according to police reports but Varun has the watch. She further states there were no fingerprints of Mishti found by the police but Varun knew about her presence there.

Mishti continues to blame Varun and Varun attacks her in anger. He pushes her down on the ground and is about to attack her when Abir kicks him away.

He saves Mishti and gets Varun arrested. Mishti and Abir share an emotional hug while Kuhu is also given the credit for supporting Mishti. Later, Mishti and Abir receive a warm welcome from the family.

After a few days, Abir receives the good news of Mishti’s pregnancy and gets very excited. However, it all turns out to be Abir’s dream and he wonders if the dream is an indication.

They all do Aarti together while Kuhu is all sleepy. Abir gifts Mishti a small idol of Krishna Ji and is unable to explain his wish. Kunal reveals that he is selected as a businessman of the year and has to give an interview along with Kuhu.

Abir feels disappointed and is upset he is not appreciated in the family.