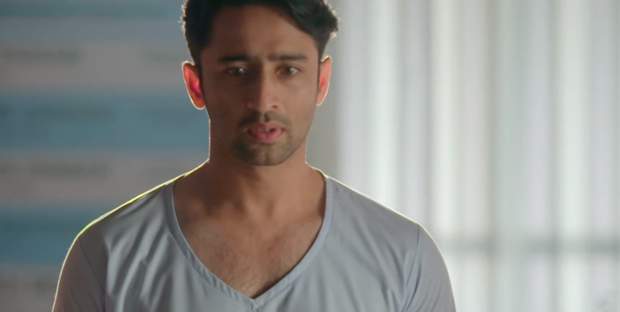 Today's YRHPK 17 Dec episode starts with Mishti refusing to get the injection. Abir wants Mishti to take the injection while Kunal continues to search for Kuhu.

Kunal feels bad when Kuhu disconnects his call. Meanwhile, Abir imagines Mishti in his doctor. At the same time, Nishant gets happy to see Mishti healthy.

Mishti tells Nishant that their attack worked and Abir still loves her. Nishant feels sad and wonders why he is not feeling good with Mishti’s happiness.

Abir wonders why Mishti was taking his name when she is with Nishant. Abir decides to tell Mishti the truth and enters her room.

However, at the same time, Kunal arrives and Abir remembers his promise with Meenakshi. Mishti understands Abir can’t talk in front of Kunal.

Later, Meenakshi learns that Nishant is Jasmeet’s son and that Mishti and Nishant were planning to get in Abir’s life through business.

She also learns something from the document and doesn’t want anyone to know about it. Meanwhile, Kunal feels guilty for leaving his brother alone as he was scolded by Meenakshi.

Meenakshi learns that Kuhu was not well and that’s why Kunal was unaware. At the same time, Nishant realizes he is developing feelings for Mishti.

© Copyright tellybest.com, 2018 & 2019. All Rights Reserved. Unauthorized use and/or duplication of this material without written permission from tellybest.com is strictly prohibited.
Cached Saved on: Thursday 30th of January 2020 10:07:32 PMCached Disp on: Monday 17th of February 2020 06:23:16 AM