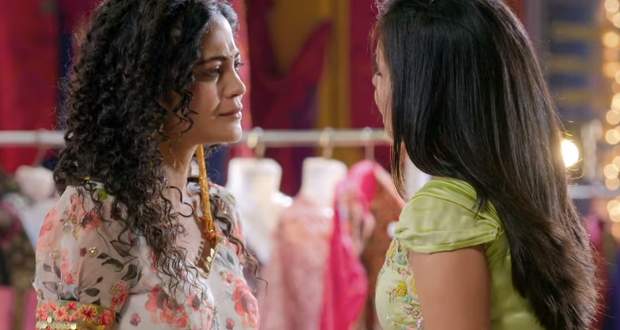 Today's YRHPK 17 Feb episode starts with Kuhu blaming Mishti for revealing it on purpose. Abir consoles Mishti while the family gets shocked to learn the truth.

Kuhu reveals that Kunal was forced to get married to her and it was just to stop Mishti from getting married to Abir. Kuhu gets out of the house in anger.

Kunal reveals that he doesn’t want to leave Kuhu and is thankful that they got married. Meanwhile, Kuhu thinks that Mishti wanted to be on top by revealing her problem.

She further accuses Mishti of wanting her exit before her entry in Rajvansh house. Elsewhere, Abir tries to convince the Maheshwari family members that Kuhu is an important part of their life.

Meenakshi and Yashpal learn about the divorce while later Meenakshi confronts Kuhu. Meenakshi asks Kuhu if she really wants to leave and Kuhu says she can’t live with Mishti.

Meenakshi says she also hates Mishti and reveals that Kunal did the love drama on her instructions. Meanwhile, Jasmeet wants Mishti to not get married until Kuhu’s problem is solved.

Vishambhar sends Abir to Maheshwari house to cheer up Mishti. Meanwhile, Kunal reveals that he loves Kuhu and that she has loved everyone in his family.

Kunal asks for permission to get married to Kuhu and is ready to sign the papers if he says no.

Upcoming Yeh Rishtey Hai Pyaar Ke episode update: Kuhu tells Mishti that she would get married in the mandap.