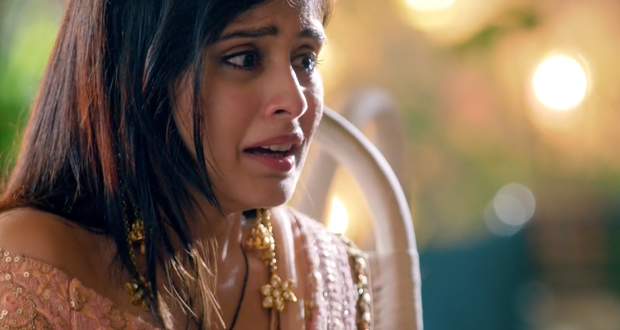 Today's YRHPK 17 Jul episode starts with Mishti apologizing to Varun and repeating she did it by mistake. Mishti runs out of the house while Abir again starts searching for her.

Mishti is about to reveal her mistake in front of the police officer when Abir arrives and handles the situation. He lies in front of the inspector and Abir also gets it confirmed from Jugnu.

Jugnu tells everyone that Abir has taken Mishti to the doctor. Varun again makes an inappropriate joke about Abir and Mishti hiding some secret from the family.

Varun’s mother wants to go forward with the rituals and not wait. Meanwhile, Abir brings Mishti in the NGO and gets mad at Mishti for going to the police.

Mishti confesses that she has murdered someone. A back story is shown wherein Mishti and Abir continue to search for each other. Mishti reaches a quiet place and is attacked by a man.

He tries to get close to her and harasses her. He also pushes her and Mishti gets injured on her head. She hits him with a rock in self-defense and falls unconscious.

Mishti wants to confess and admit to her mistake. Abir states it was his mistake as well as he took her away from the scene in fear of the police. Abir can’t take the chance of losing her as they don’t have any proof.

Meanwhile, Meenakshi is upset with Mishti and Abir leaving the house during the function. Elsewhere, Varun again makes an inappropriate joke of not liking Ketki over a video call.

Mishti returns home and apologizes for spoiling the function.

Upcoming Yeh Rishtey Hai Pyaar Ke episode update: Abir decides to make Mishti happy and asks her to keep the secret to herself.