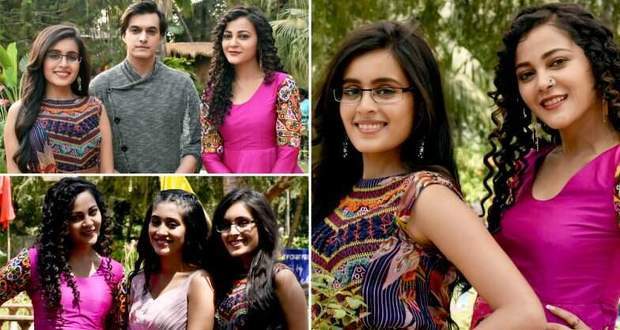 Today's YRHPK 17 Jun episode starts with Kunal warning Sapan not to harm his brother. Abir says he will never give the land to him. Sapan asks Abir to call his mother.

Mishty searches for Kunal, Kuhu, and Abir. She uses the location app to track Kunal and Kuhu. She also informs the cops about the kidnapping.

Sapan holds Kuhu at the gunpoint. Kunal warns her not to harm Kuhu or else he will not spare him. Mishty comes to the secret area.

Abir sees Mishty and enacts to sign the papers to divert Sapan’s attention. Kuhu makes noise when Mishty tries to untie her.

Mishty deliberately gets into an argument with Kuhu so that Abir can get the time to attack Sapan. Abir’s friend, Prithvi comes there and hits Sapan hard.

Sapan catches hold of the gun and Mishty tries to snatch the gun from him. Abir hits Sapan and saves everyone.

Kuhu gets panicky on recalling that her life was at stake because of the kidnapping. Kunal hugs and consoles her.

Kuhu, Kunal, Mishty, and Abir head back to home. Abir is angry at Mishty. Mishty fails to understand the reason.

Mishty questions Abir for avoiding her. Abir says he is upset because she didn’t listen to him and risked her life.