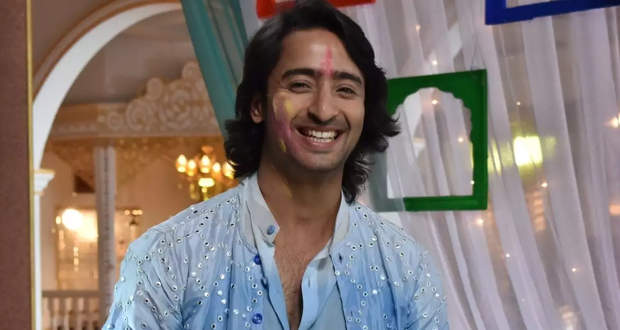 Today's YRHPK 17 May episode starts with Mishty and Kuhu giving a dance performance. Abir unveils the paintings of his exhibition. Meenakshi plans to expose Naman’s jail portrait in front of everyone.

Before her plan could become successful, the exhibition catches fire. All the family members rush to save themselves.

Kuhu hugs Kunal as he rescues her out from the fire. While all the family members come out of the hall safely, Rajshri realizes that Mishty is missing.

She gets panicky for Mishty. Mishty searches for Abir’s special portrait. Abir gets tensed about Mishty and enters the hall to find her.

Kunal also comes along with her. Mishty searches for Abir’s painting everywhere. She gets scared on seeing the fire.

Abir jumps into the fire to bring Mishty out safely. He calls out Mishty’s name. Meanwhile, Mishty’s dupatta catches fire.

Mishty manages to protect the painting by covering it with a cloth. She motivates herself to take a chance and face the situation bravely.

Abir comes to Mishty. Mishty heaves a sigh of relief. Abir breaks open the door and brings Mishty out. He gets shocked to see Mishty taking the pain to save his painting.