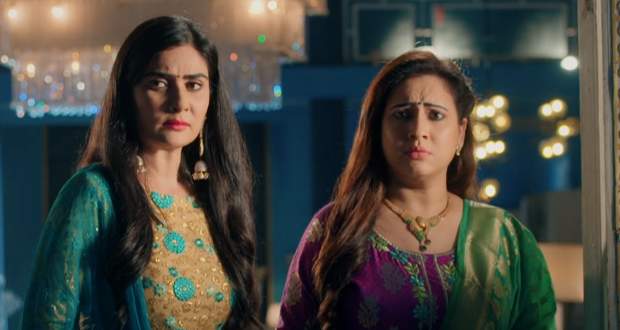 Today's YRHPK 17 Sep episode starts with Meenakshi getting upset with his husband’s arrival in her life. Kaushal informs lawyer has said he can come to Rajkot as the allegations on him are no longer valid.

Meanwhile, Mishti and Abir share some loving moments in the cab with a beautiful song playing in the background.

Kunal gets mad at Parul for probing in his matters. Meenakshi tells Parul that Kunal and Abir had a huge fight for which Mishti is responsible.

She blames Parul for forcing Kunal to get married. At the same time, Varsha and Jasmeet come to meet Kuhu at Rajvansh house.

Rajshri and Vishambhar tell their love story which makes Mishti realize that she should share her feelings with her family.

Kuhu tells Varsha that Abir and Mishti love each other. Later, Mishti calls Abir and wishes to tell Rajshri and Vishambhar about their relation.

Varsha doesn’t want to interfere in Mishti’s love relation but Kuhu emotionally blackmails her in stopping Mishti. Meanwhile, Abir is making noodles to pacify his brother.

Kuhu overhears Kunal having a heated conversation with someone and gets suspicious. She takes his phone secretly and decides to check.

© Copyright tellybest.com, 2018 & 2019. All Rights Reserved. Unauthorized use and/or duplication of this material without written permission from tellybest.com is strictly prohibited.
Cached Saved on: Friday 31st of January 2020 05:56:29 AMCached Disp on: Thursday 20th of February 2020 03:54:56 PM