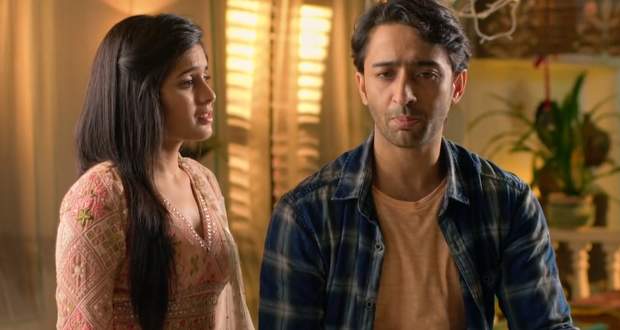 Abir is sure Meenakshi is behind her decision and they decide to not say yes to surrogacy. Meanwhile, Kunal is happy with Kuhu’s decision but thinks she did wrong by calling the adoption agency.

Meenakshi comes to their room and asks Kuhu and Kunal to sort things quickly. Later, Abir and Mishti decide to talk to Kuhu and console her. Varsha comes at the same time to talk to Abir.

Varsha wants Abir and Mishti to stop Kuhu from making this mistake. Abir promises Varsha that he will console Kuhu and protect her from Meenakshi. Abir decides to give a puppy to Kuhu and then take it away to make her realize the pain.

Kuhu messages Abir to come to the temple while Mishti receives the same message from Kunal. They both find Kunal and Kuhu leaving for Dubai as Meenakshi won’t let them live peacefully.

Abir offers to protect but Kuhu and Kunal remind them of all the sacrifices they made for them. Kunal wants his child to have a big brother like Abir who can support him.

Abir gets surprised at his statement and gets ready for surrogacy. Mishti also says yes and they hug each other. Later, Kuhu tells Meenakshi and she gets delighted.

Abir is sure Meenakshi is behind Kuhu’s changed behavior. Elsewhere, Meenakshi promises to give whatever she desires. Later, Kuhu reveals that she hasn’t told Varsha about going to the fertility clinic.