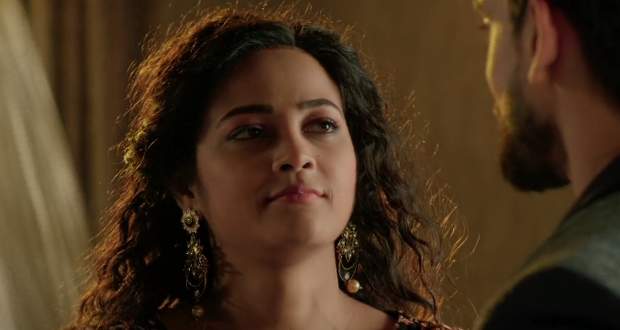 Today's YRHPK 18 Aug episode starts with Parul consoling Abir while Mishti understands his act. Everyone is relieved that Abir was kidding while Meenakshi gets worried for her son.

Mishti suggests she understands everything about Abir while he doesn’t agree with her. Meanwhile, Kuhu goes on live to tell her followers while Kunal makes fun of her.

Mishti is not able to understand Abir’s hint and thinks he wants to dress up Krishna Ji. Abir gets upset while Mishti is just teasing him and has understood his hints.

Kuhu receives a surprise from Kunal and is happy to get her favorite dress. They both romance while Parul sends Abir to Maheshwari house. Meanwhile, Varsha is happy for Kuhu and Kunal and talks about their kids.

Abir comes at the same time and they continue the conversation of house Abir-Mishti and Kuhu-Kunal’s kids would be like. Abir isn’t sure he will be able to handle the responsibility of a father but Rajshri gives her blessings to him.

Kuhu and Mishti stay civil and happily with each other while Meenakshi is happy to see them happy. Later, Abir-Mishti and Kuhu-Kunal romance and dance on a song.

Kuhu accidentally spills chocolate milk on the Krishna Jhanki. In the morning, Mishti tells Abir that she understands his every hint while later Varsha and Jasneet arrive. Mishti shows the Jhanki to them and gets shocked to see a brown stain on the Jhanki.