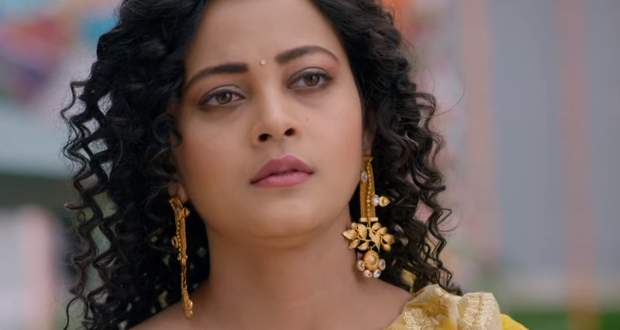 Today's YRHPK 18 Feb episode starts with Abir and Mishti decorating their Mandap. They further do some Masti and enjoy romantic moments together.

Abir puts a garland around her neck and takes her in his arms for the 7 pheras. Meanwhile, Jasmeet blames Mishti for Kuhu and Kunal’s divorce while Kunal takes the whole blame.

Kuhu stops Kunal from signing the papers while Kunal asks for Shaurya’s proposal. Kuhu says she was convinced by Meenakshi and doesn’t want to leave her rights.

Vishambhar takes the decision to give a chance to Kunal and asks them to bring Baraat. Kuhu asks about whose Baraat and has put forth a condition.

Kunal comes to reveal Kuhu’s condition in front of Abir and Mishti while Abir says yes without asking. Meanwhile, Vishambhar is upset with Jasmeet for insulting Mishti.

Kuhu has demanded to get married in Abir and Mishti’s Mandap. Abir says he can’t give the Mandap as it is of Mishti as well. Mishti agrees to give up her Mandap and Kuhu overhears this.

Vishambhar declares that two marriages will take place at the Mandap. Kuhu still has bitterness in her heart for Mishti while Vishambhar and Rajshri are proud of Mishti.

Vishambhar says that there is a half an hour Mahurat and Abir and Mishti will get married first. Meanwhile, Kunal and Abir go through some traditional rituals.

Rajshri and Varsha try to console Kuhu in sharing things with Mishti.

Upcoming Yeh Rishtey Hai Pyaar Ke episode update: Kuhu declaring that only she will get married in the Mandap.