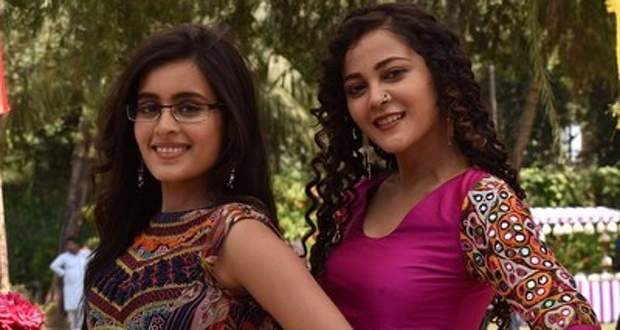 Today's YRHPK 18 Jun episode starts with Kunal and Abir returning back to Rajvansh house. Meenakshi questions Abir for coming back along with Kunal.

Varsha also questions Kuhu and Mishty for returning home together. Mishty and Kuhu cook up a story to hide the truth.

Kunal says he visited Abir’s education camp to spend some quality time with him. Meenakshi heaves a sigh of relief on seeing the smile on Kunal’s face.

Mishty is upset as Abir is avoiding him. Meanwhile, Kunal tells Naanu about the Champaran incident. Ghungroo hands over Abir’s phone to Naanu.

Naanu deliberately tells Mishty that Abir has gone to the temple to distribute sweets. Mishty plans to visit the temple.

Varsha calls Kuhu’s friend to thank her for taking care of Kuhu all this while. Jasmeet tells Kuhu about Kunal’s bracelet.

Kuhu states that the bracelet was given by Kunal to her. Varsha questions Kuhu for hiding the truth from her.

Varsha refuses to pay heed to her words. Kuhu admits her love for Kunal. Varsha warns Kuhu not to talk to Kunal ever.

On the other hand, Abir hallucinates about Mishty everywhere. Abir tells Naanu that Kunal and Kuhu have a special bonding between them.