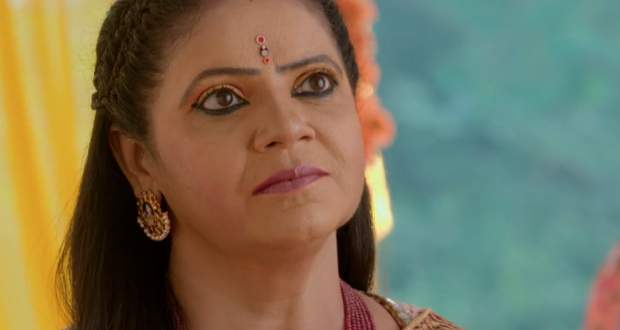 Today's YRHPK 18 Nov episode starts with Abir imagining Mishti at her home and dancing with her. Mishti also misses Abir and messages him which is read by Meenakshi.

Meenakshi wishes to spend time with Abir while Abir rushes to meet Mishti. Later, Abir meets Mishti and they talk about all the pain they went through.

Abir reveals that he feels bad about hurting his family. Meanwhile, Meenakshi doesn’t want to live in the fear of losing Abir.

Mishti learns that Meenakshi hasn’t told her about her going to Rajgarh. Abir is happy that Mishti understands him and didn’t stop him from going to help Meenakshi.

They share some romantic moments and Mishti doesn’t tell Abir about her investigation. Later, Maheshwaris prepare to give the wedding card of Mishti and Abir to Rajvansh.

Meenakshi also gets ready to give a wedding card in the temple. She asks Abir to come along with her. Meanwhile, Mishti wishes to put a handmade decoration in Abir’s room.

In the temple, Meenakshi gets a promise from Abir that he will do as she says and later asks him to leave Mishti. At the same time, Kunal decides to renovate the whole house.

Abir gets mad at Meenakshi for suggesting such a thing. Meenakshi further reveals that Mishti knew about Mehul’s truth for a long time.

She says she was hiding everything from her as she wanted to get engaged to him.