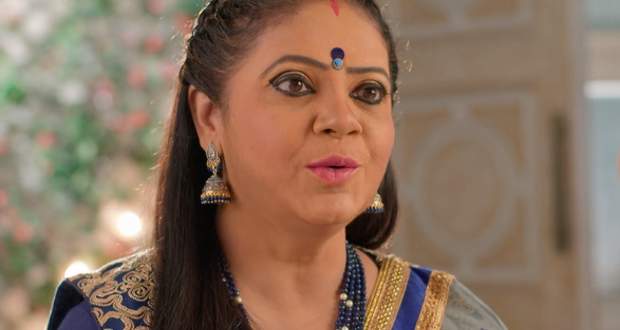 Jasmeet reveals in front of Varsha and Rajshri that Kuhu is in the clinic. Varsha gets upset with Mishti and Abir and refuses to talk to Kuhu. Meanwhile, Kuhu is worried about her mother’s reaction.

Abir and Mishti arrive there while Kuhu asks about Varsha. Meanwhile, Varsha is upset with Kuhu taking the decision alone while Rajshri tries to console her.

Meenakshi arrives at the same time and praises Kuhu for her decision. Rajshri is proud of her both daughter and knows they can fix any problem. Meenakshi tries to feed sweets to Rajshri but she refuses and asks her to leave.

Kuhu learns that she can’t carry out her normal routine and can’t eat from outside. Kuhu has to sacrifice a lot and everyone in the family takes care of her.

On the 14th day, Kuhu learns that Shahrukh Khan is in town and wishes to go there. She knows no one will let her go. Meanwhile, Abir asks Nidhi to check with Mishti’s list and then give Meenakshi’s Ladoo to Kuhu.

Upcoming Yeh Rishtey Hai Pyaar Ke episode update: Kuhu jumps from the window while everybody gets worried for Kuhu as she is nowhere to be found.