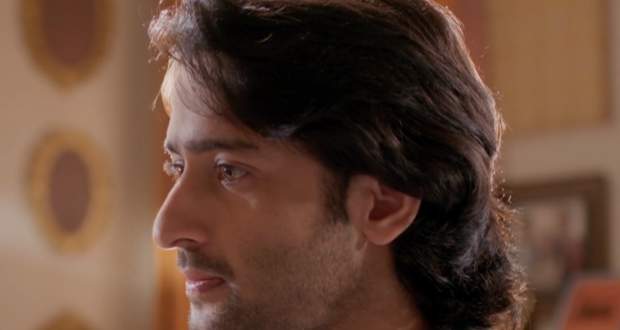 Today's YRHPK 19 Aug episode starts with Kuhu getting ready for her wedding. Rajshri comes to perform rituals and gets delighted to see how pretty Kuhu looks.

At the same time, Rajvansh house is also all set for the grand wedding. Meenakshi helps Kunal in escaping his own wedding.

Mishti gives a letter to Jugnu and asks him to give Abir after the wedding. Jugnu decides on giving the letter before the wedding but fails as Parul gives the news of Kunal leaving.

Abir reads Kunal’s letter where he has blamed Mishti for deciding to abscond from the wedding. Meenakshi acts like she is worried about Kunal missing his wedding.

Meanwhile, the preparations at Maheshwari house are at full swing. At the same time, Abir is suspicious about his mother’s intentions and warns her he will not let her plans succeed.

Mishti also gets worried to see Atul and Kaushal leaving in a car at the time of Baraat. Later, Kuhu gets worried when she finds out Kunal’s phone is switched off.

Abir tells Parul about Kuhu trying to commit suicide when she was going to get married to another guy. Parul, on the other hand, says Kunal is nothing like his father.

Abir further says he thinks Meenakshi is behind everything while Parul remains quite even after knowing the truth.

Upcoming Yeh Rishtey Hai Pyaar Ke episode update: Mishti gets worried for Baraat not reaching on time while Abir promises something to Meenakshi.