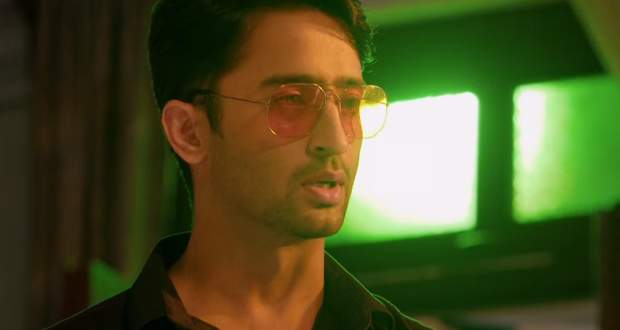 Today's YRHPK 19 Dec episode starts with Abir asking Kunal why Meenakshi wants him to go to Maheshwari house for the party. Kunal lies to him and says Meenakshi was just asking about offsite accident.

Meanwhile, Mishti is still doubtful if Abir will ever reveal his feelings. She asks Kanha Ji but at the same time, Vishambhar arrives in her room.

Vishambhar confronts her about being in danger and asks the truth. Mishti lies that she was there to help someone in the forest fire.

Mishti finds balloons in the balcony and gets delighted. Meanwhile, Meenakshi emotionally torments Kunal and wants him to go for the party.

She also wants to mix alcohol in Nishant’s drink to make him speak the truth. Later, Mishti gets a surprise birthday party and enjoys with her family all the while missing Abir.

Abir learns from Jugnu that Mishti got happy to see the balloons. Kunal doesn’t want to mix alcohol but is compelled to because of Meenakshi.

Parul asks Abir to give a gift to Kunal which he forgot. Later, Kunal gives the drink to Nishant.